The South Rim of the Grand Canyon is said to be spectacular, but from those who have been to both I’m told the North Rim is equally so. Plus, the North Rim has the added bonus of being less crowded — about one-tenth the annual number of visitors who head to its southern counterpart. The North Rim is truly spectacular, as is the approach to that magnificent chasm, which I enjoyed as I drove south from Kanab, Utah, on 89A and then Route 67, passing through beautiful meadows and forests and part of a large area known as the Arizona Strip, said to be the emptiest territory (people-wise) in the lower 48. On some of your North Rim hikes you might encounter burros walking up or down the same trail, and one of those burros gained fame years ago in Marguerite Henry’s award-winning children’s novel, Brighty of the Grand Canyon. There are numerous campgrounds in and near the park and — if you plan ahead — you can also stay at a comfortable, rustic cabin right on the park’s grounds overlooking some breathtaking canyon scenery. The Grand Canyon was designated a World Heritage Site in 1979. 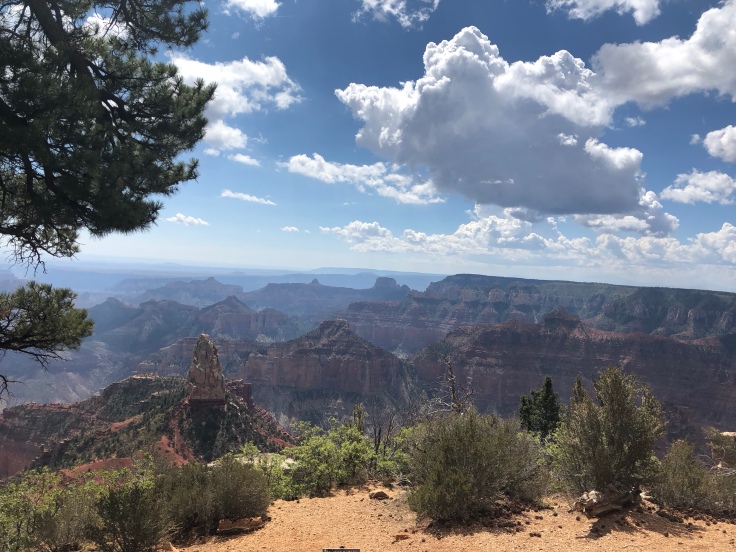 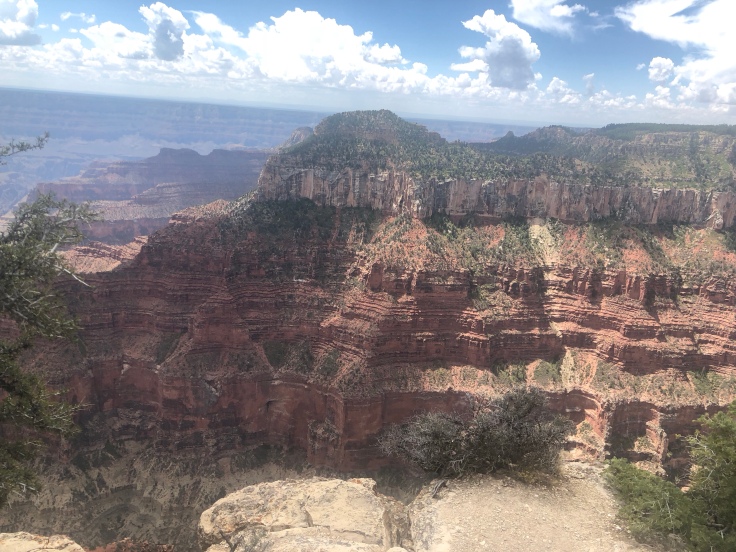 4 thoughts on “North vs. South”