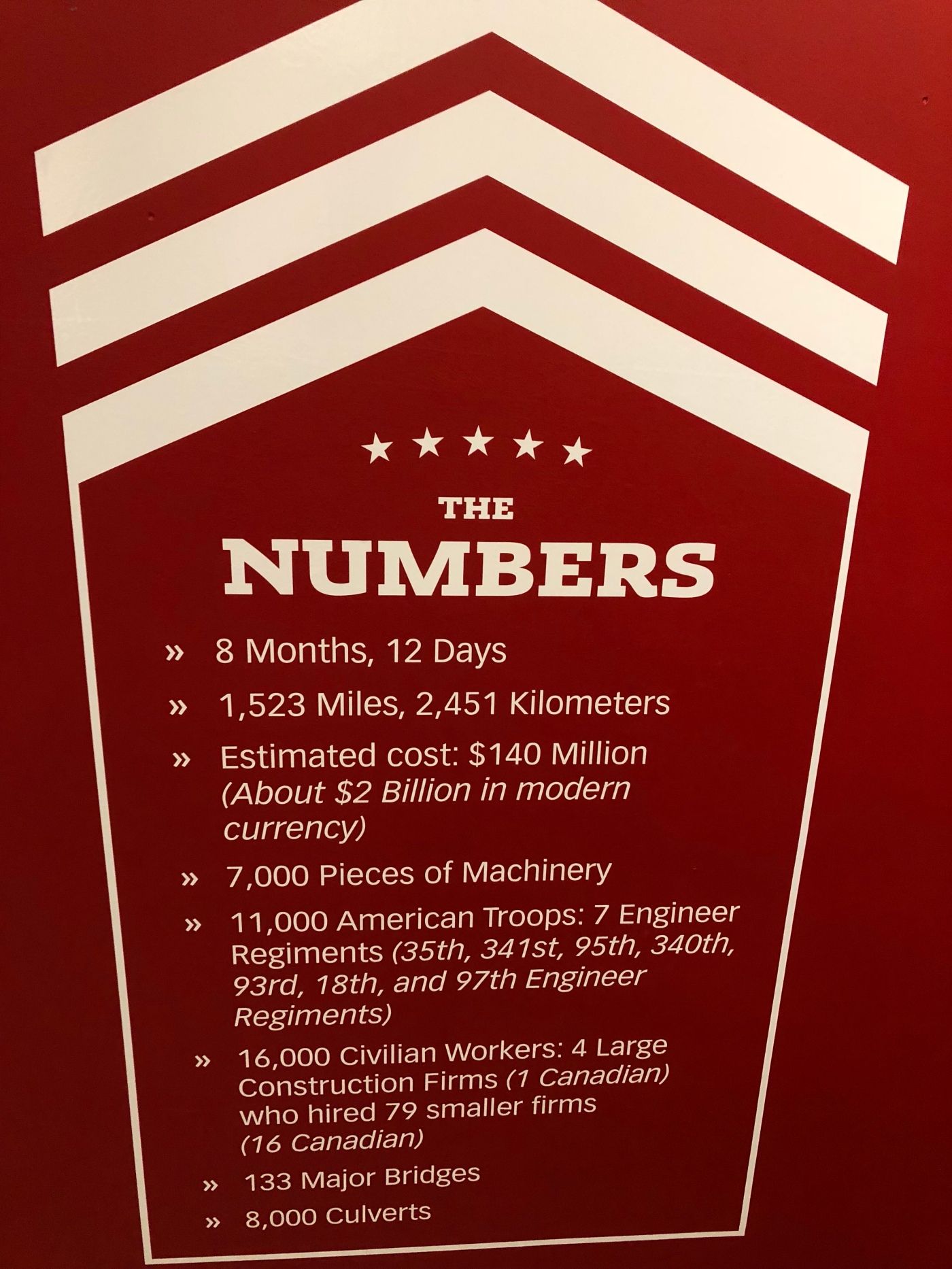 Before 1942 you could get to Alaska from the lower 48, but it wasn’t an easy drive. Things changed with the bombing of Pearl Harbor and it was deemed a military necessity to build a supply road through Canada to defend the West Coast in the event of an attack. Construction of the Alaska Highway began in March of 1942 and was completed in November of that same year thanks to the combined efforts of American soldiers and civilians from both the U.S. and Canada. Cutting in and around mountains and alongside lakes and rivers the highway is truly an engineering marvel. And I would probably not be sitting here in the Yukon Territory capital of Whitehorse writing this if it had not been built. Great scenery and much wildlife along the way. If you look closely at the Sign Post Forest (in Lake Watson), you’ll spot a Boston sign from Mass General. They took a more direct route than I did! 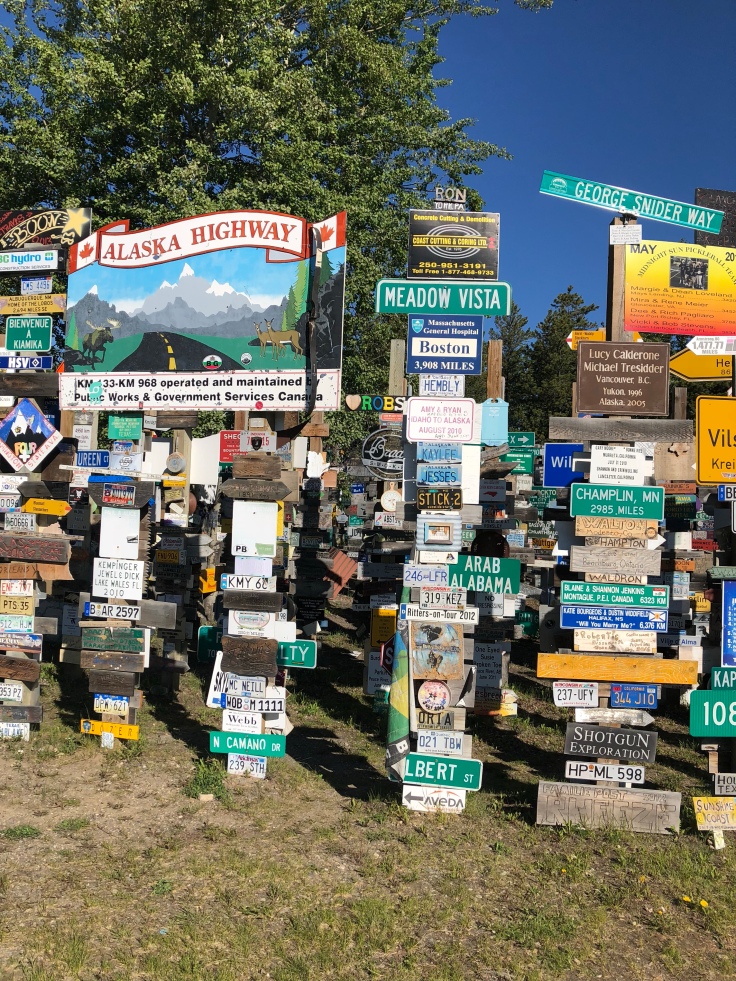 7 thoughts on “The Alaska Highway”