Dawson City became just that shortly after gold was discovered in 1894 not far from where the Klondike R. empties into the Yukon. It quickly became the largest city north of San Francisco and west of Winnipeg, but as was often the case when gold was found, boom quickly turned to bust. Today it is home to fewer than 2,000 hardy people. Its inhabitants say it has four seasons: almost winter, winter, still winter and construction time. Robert Service lived in Dawson City for three years and Jack London panned for gold on Henderson Creek, a short ways upriver. It sits about 60 miles from the Alaskan border and is about 380 miles southeast of Fairbanks. 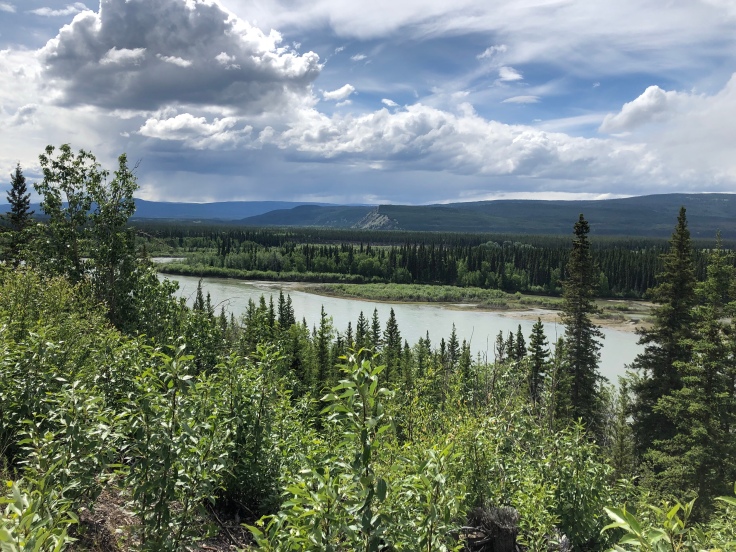 3 thoughts on “A town of gold”