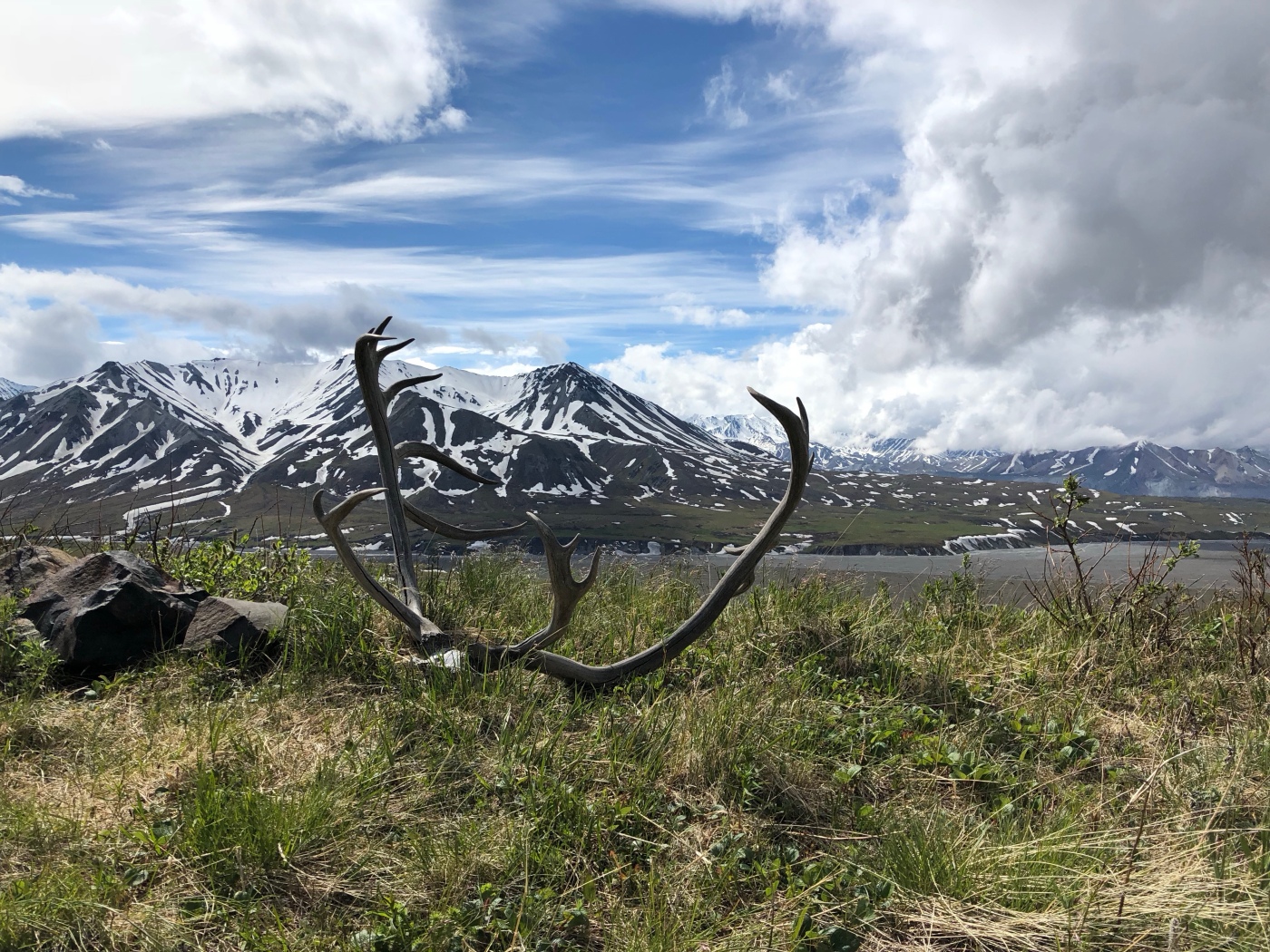 …or Mt. Denali. That’s what the Athabascans called the massive peak that loomed over their land. It was changed to Mt. McKinley by an explorer in honor of then president-elect William McKinley (in the early 1900s, I think). I prefer Denali. It stands 20,310 feet, making it the highest peak in No. America. They say only 30% of the people who venture to Denali National Park get to see the peak (it’s usually clouded in), but we lucked out today — for about 15 minutes! It was spectacular. And we saw some wildlife along the way — grizzlies, caribou, Dall sheep, moose, foxes. Wolves are rare sights. I did not see any, but met a hiker who had. 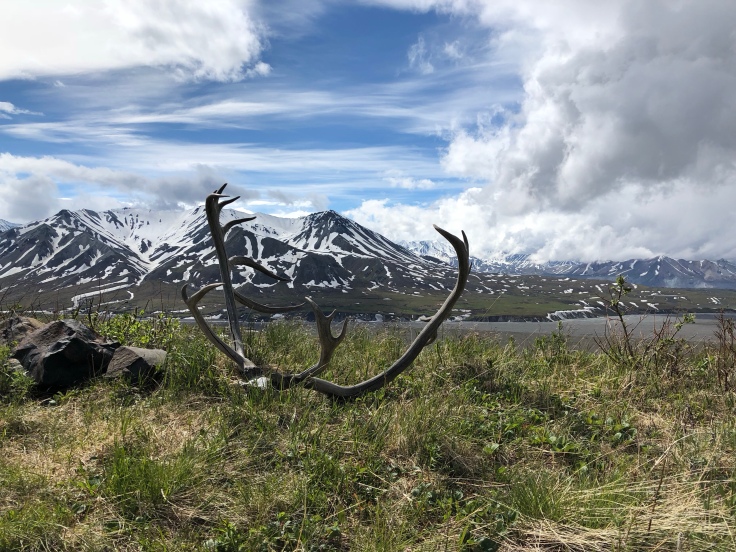 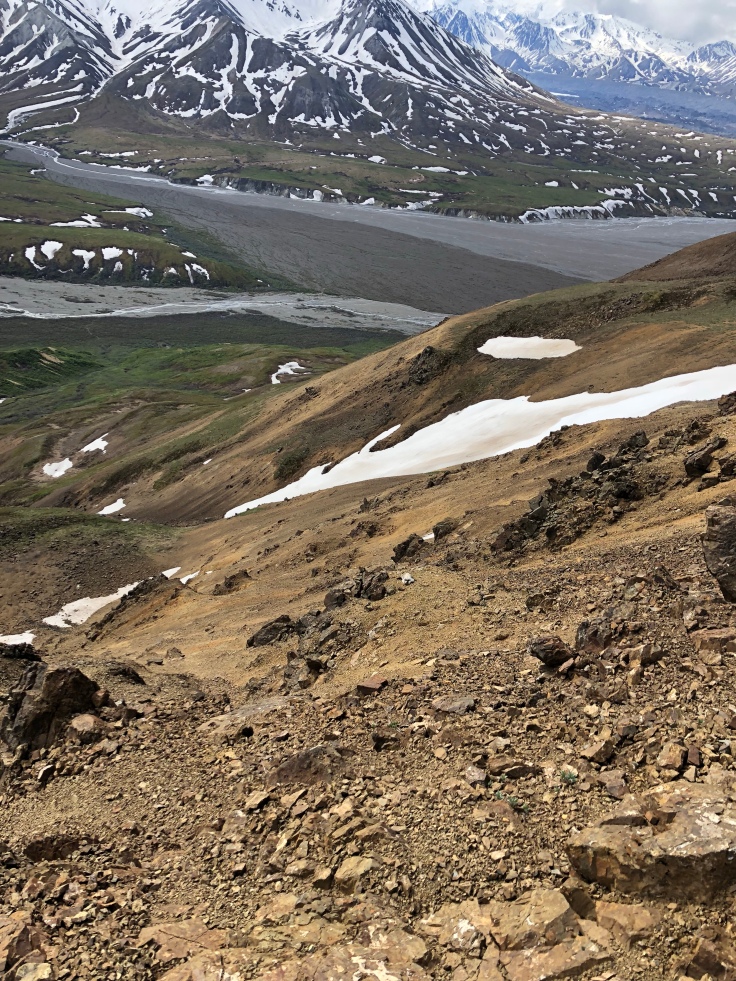 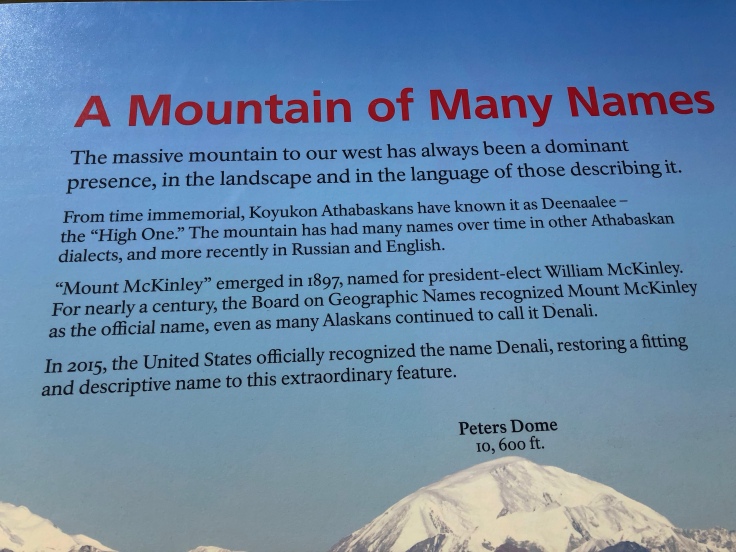 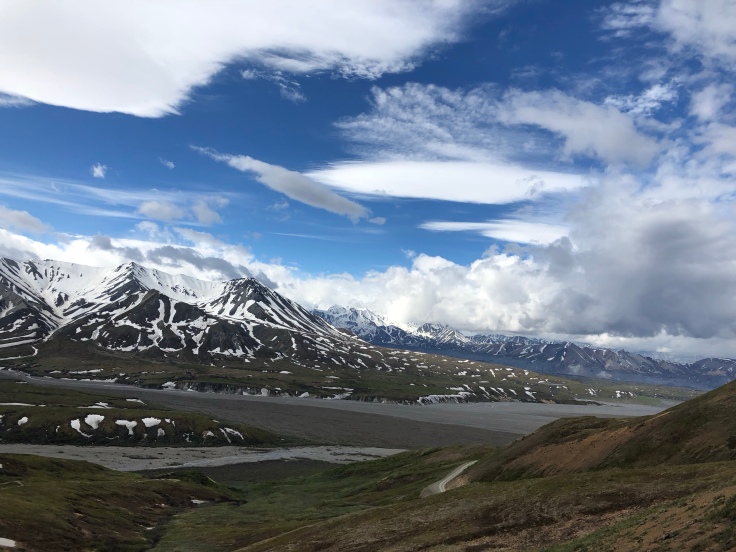 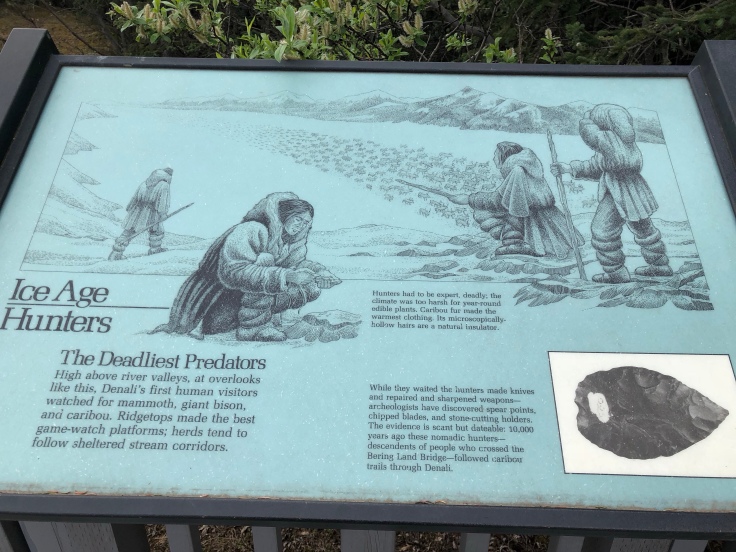 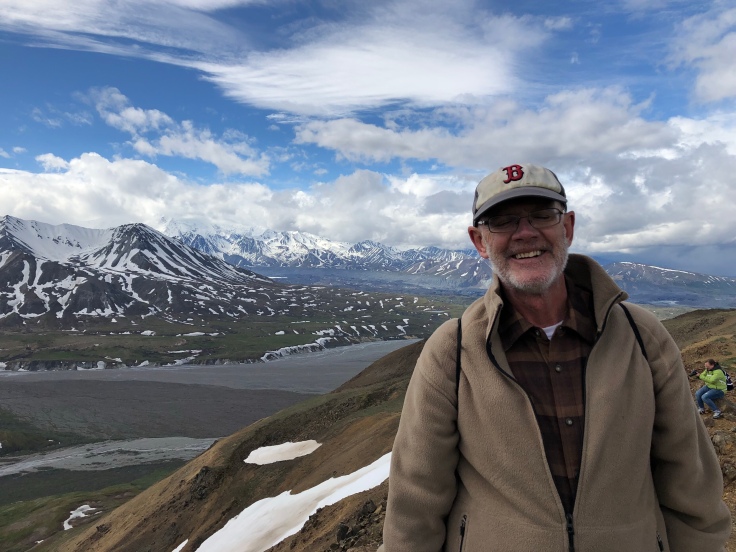