That is the translation of “Takakkaw,” the name given by the Cree Indians to describe the 254-meter waterfall that cascades down one of the craggy peaks in Yoho National Park. You can walk almost right up to the falls and feel the soft mist on your face or observe it from a short distance, which I was able to do when I opened the flap of my tent each morning. “Magnificent” does not quite do it justice. Yoho is the smallest of Canada’s four contiguous National Parks (507 square miles), but packs a lot into that area, much of which I was able to see on a 10.5 mile hike on Thursday. Leaving for Washington the next day I stopped in the town of Hope (still in British Columbia). Does anyone know what Oscar-nominated film was shot in Hope in 1982. Hint: it wasn’t actually nominated, but a great film nonetheless! The answer is below. 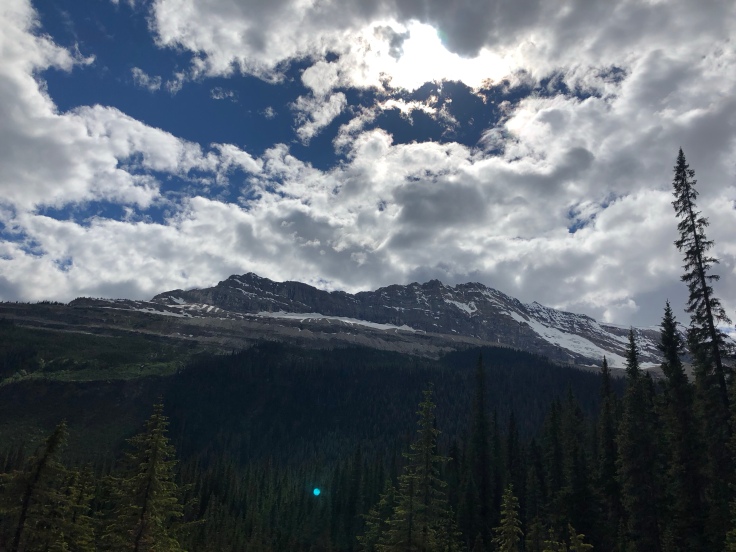 5 thoughts on ““It is Magnificent””